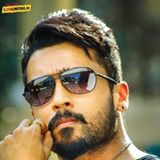 At times, their negative comments about cryptocurrency have been followed by their institution’s active interest in decentralized ledger technology – with some going as far as filing cryptocurrency-related patents and launching blockchain-based pilots.

Speaking at the Fortune Global Forum, he said people were wasting their time with digital currencies such as Bitcoin, adding:

“This is my personal opinion, there will be no real, non-controlled currency in the world.

Although critical of Bitcoin, Dimon did say he thought blockchain was real during the same interview with Fox Business, but highlighted he was still concerned about “how governments are going to feel about Bitcoin when it gets really big.”

JPMorgan Chase, the company Dimon is chairman and CEO of, recently announced plans to launch a new digital asset, which many said was a cryptocurrency (but, it’s not).

It also created an internal task force focused on the technology.