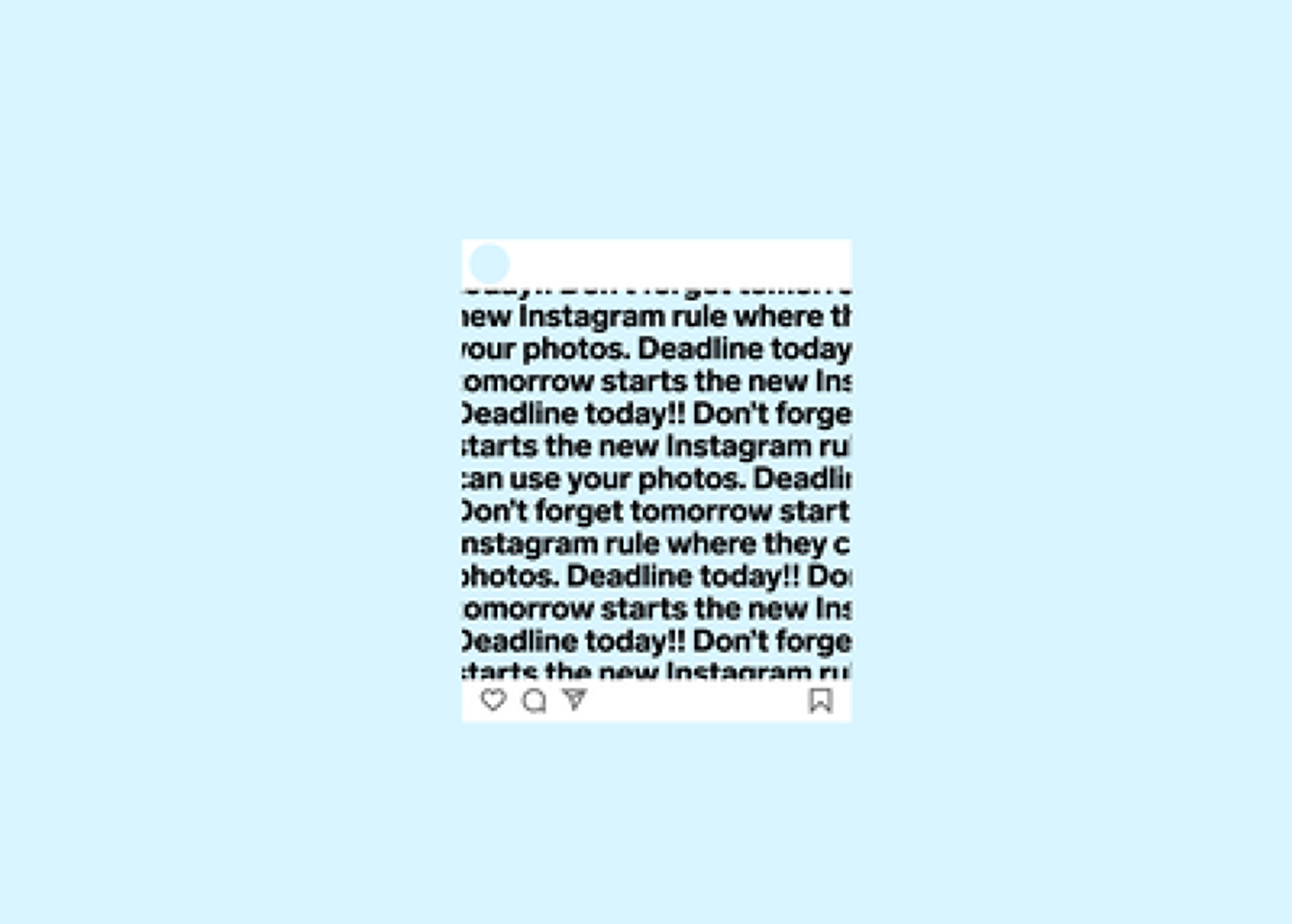 Sometimes, it seems like every day brings a new one to the list: there are the toxic conspiracy theories, deep fakes, fake news mills, and then, there are the good ole’ fashioned internet hoaxes.

You know the ones—the sort of fear-mongering, copypasta-esque warnings that came in the form of cryptically bolded email chains a decade ago, and today dot the social media feeds of your friends and relatives.

The most recent iteration roared into the public consciousness earlier this week, after users—including upwards of a dozen celebrities and high-profile public figures—took to Instagram to share a poorly photoshopped photo of a typo-ridden creed perpetuating an old hoax.

The meme, which again, is totally fake, claims an imminent change to Instagram’s privacy policy could cause "everything you've ever posted ... even messages that have been deleted or the photos not allowed [sic]" to become “public,” and will give Instagram permission to use your photos and data “in court cases in litigation against you.” It goes on to claim that the only way to protect your precious intellectual property and dear DMs is to share the following message and warning, which will totally, definitely stop Instagram from being able to make any claim to your data.

Like the Momo challenge and most other hoaxes before it, it was nonsensical and easily debunked by a quick Google search—and, of course, quickly went viral anyway.

Make no mistake, it’s not because people are stupid, says Whitney Phillips, a professor at Syracuse University who studies misinformation and how it is amplified online.

David Erb
Related Articles
WHO TO FOLLOW
MORE FROM AUTHOR