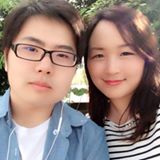 Authorities in India have found themselves in a crypto-conundrum: they can’t access cryptocurrency seized from a Ponzi scheme because such transfers have been prohibited, reports Times of India.

To make matters worse, police had hired the now-defunct cryptocurrency exchange Koinex to convert Rs 8.42 crore ($1.19 million) of the seized Bitcoin BTC into local currency — but the company’s banking partner froze its account as a result.

A series of requests have reportedly been filed with the country’s supreme court to resolve the matter.

A Koinex request demands the RBI force its banking partner to unfreeze its account.

Perhaps the most curious aspect of the situation is that the RBI has reportedly now denied locking Koinex’ account while claiming it hadn’t directed the firm’s bank to do so, either.