Emma Corrin has said she was “incredibly moved” by Prince Harry’s assessment of The Crown.

The Duke Of Sussex was asked how he felt about the Netflix drama that depicts his family during an appearance on James Corden’s The Late Late Show last week.

“They don’t pretend to be news. It’s fictional,” Harry said. “But it’s loosely based on the truth. Of course, it’s not strictly accurate, of course not, but loosely it gives you a rough idea about what that lifestyle, the pressures of putting duty and service above family and everything else, what can come from that.

“I’m way more comfortable with The Crown than I am seeing the stories written about my family or my wife or myself. Because… that [The Crown] is obviously fiction, take it how you will. But this is being reported on as fact because you’re supposedly news. I have a real issue with that.” 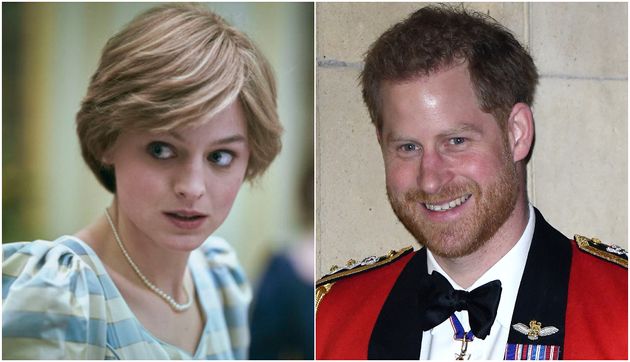 Emma – who plays Harry’s late mother Princess Diana in The Crown – was asked how she felt knowing the Duke had seen her portrayal, following her win at Sunday night’s Golden Globes.

She told the virtual press room: “It’s difficult because with The Crown, Peter [Morgan]’s version of The Crown, it is so fictional, and it feels so removed from the actual Royal family. So, on one level, I feel like it is so distant and feels so separate but on the other hand, obviously, the characters are based on real people and I would say there’s a responsibility to acknowledge them in some way.

“I was very moved by the fact that he acknowledged it. I’m incredibly grateful to him and incredibly moved by what he said.” Gillian Anderson, who picked up Best Supporting Actress in a TV Series for her role as former UK prime minister Margaret Thatcher in The Crown, also said: “Harry is fairly well qualified to judge what is fact or fiction. He’s understood what [creator] Peter [Morgan] is trying to do on The Crown.”

Harry’s verdict of The Crown stood in contrast to that of his uncle, Earl Spencer, who criticised the show’s artistic licence.

Culture secretary Oliver Dowden is among those who think Netflix should be made to add a disclaimer to The Crown – an idea both Emma Corrin and co-star Josh O’Connor have spoken out against previously.