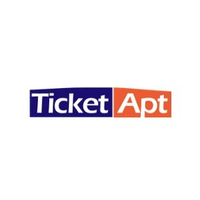 The rest were driven out and the migrants were driven out. Jeremy Corbyn Corbyn is gone, Kiel. Starmer never really arrived. In Great Borisland, everything should be great. But that’s not the case, so who’s to blame? The Krakens woke up: “The great mythical beasts suck their lives out of our society and threaten democracy itself.”

Their political correctness, their “elves, and safety” all-rounders are crazy, snowflakes fall. Crazy lefties and uncultivated touch every aspect of our lives and need to be cut off.

This is a battle of survival between the thoughtful sample and the surface feed that the country should have managed.

But the truth isn’t just illusions, distractions. No monsters, just a small, generally benign creature. That looks larger and more dangerous above the person deliberately stirs water to distort its reflection.

If you can’t be rude to your neighbors, blame the person. Who wakes up: If you can’t tell a discolored joke, blame the wake-up caller. They are just the last to make enemies of people in a long and shameful line of “blacks. Gypsies and Irish,” pushing mothers through the gym, immigrating welfare fraudsters and welfare fraudsters and the biggest monsters – the EU. These groups have a common goal: to divert attention. From practical issues and the failure of successive governments to address them.

This government wants to be a scapegoat and a deflector more than most. How did one minister respond to being convicted of bullying, two others for breaking the law? And another for cronyism, with the exception of a prime minister who was as sensitive to lying as he combed his hair? There’s nothing here to ignore, and it disappears.

BBC assumes departure rules, Great Britain! From the last night of the prom? Boris Johnson's “let us know” is a bad idea. Did the students decide to live in the common room without a picture of the Queen? Gavin Williamson weighed in on the fact that cricketers were turned away for posting racist and sexist tweets. Oliver Dowden offered his two.

These people have good daily work and make decisions that affect people’s lives. It’s not funny at all, as being asked about their favorite biscuits in an interview with Mumsnet. They stop what they should be doing and take the time to comment on insignificant things. And their opinions have not yet been asked.

“Approved” symbols, such as statues and flags, are revered and protected by law. While “wake-up gestures” such as knees are ridiculed – and all influential protests will be banned.

ticketapt
Related Articles
WHO TO FOLLOW
MORE FROM AUTHOR