Nigel Farage has been added to the presenting line-up of GB News, after a week that has seen the struggling station back in the headlines due to a series of behind-the-scenes dramas.

Although best known as the former leader of UKIP and Reform UK, Farage was previously a presenter on radio station LBC for three years.

This came to an end in 2020, following inflammatory remarks he made about Black anti-racism campaigners on Good Morning Britain.

During an appearance on the ITV daytime show in June 2020, Farage compared Black Lives Matter protesters to the Taliban while criticising the toppling of statues of slave owners, prompting accusations of “inciting” bigotry. 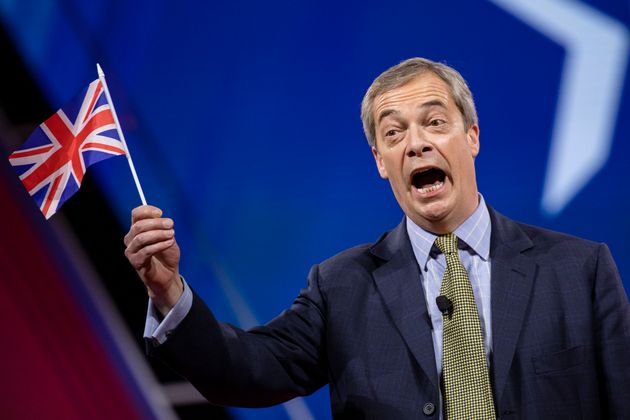 Following these comments, HuffPost UK reported that several staff members at Global – the company owns LBC – had called for Farage to be sacked from his slot with the station.

LBC eventually announced that Farage had stepped down from his show, saying on Twitter: “Nigel Farage’s contract with LBC is up very shortly and, following discussions with him, Nigel is stepping down from LBC with immediate effect.”

The former UKIP leader shared the news of his new role at GB News on Saturday evening, commenting that he would “not be taking the knee” on his nightly show.

This was an apparent reference to presenter Guto Harri, who knelt in solidarity with the England football team on GB News earlier this week.

Watch my new Prime Time evening show on GB News from next week.

I will not be taking the knee on this show! pic.twitter.com/1wV0H6QbXZ

On Thursday, a GB News spokesperson admonished Guto for taking the knee live on air, in what the supposed “free speech” network said was an “unacceptable breach of our standards”.

This rebuke came amid reports that a number of the station’s shows had recorded zero viewers during the week, which The Guardian linked to a supposed viewer “boycott” that came after Guto taking the knee.

Following this, The Guardian claimed that Guto has been “indefinitely taken off the air”, with various senior staff members also reportedly stepping down in recent times, though these reports are yet to be confirmed by GB News. 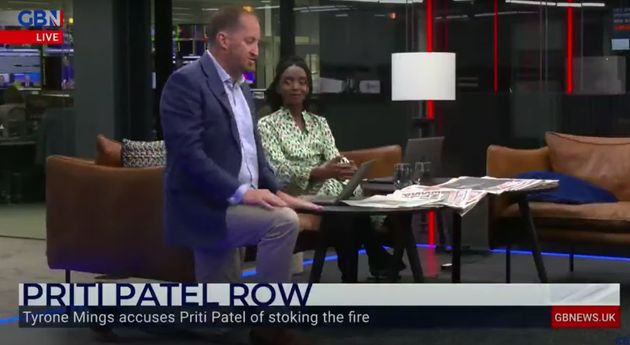 On Friday evening, the station’s chair Andrew Neil – who announced he was taking a break from GB News two weeks after its launch, and had been completely silent about the channel since 6 July – spoke out in its defence, insisting that the channel was still “finding its feet”.

After debuting last month, GB News’ first week on air was dogged with bad press, due to various technical woes in its first few days on the air and several presenters being pranked by viewers during their live broadcasts.

GB News was dealt a further blow on Friday afternoon when presenter Alastair Stewart announced he would also be taking a break from the broadcaster after breaking his hip in a horse-riding accident.

Farage, who was among GB News’ first ever guests when it launched last month, will present his first show with the station on Monday evening.