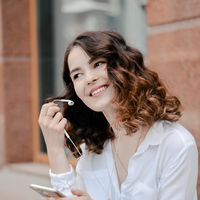 Tiwa Savage Alleged S*x tape Finally Surfaces Online, it is been a long awaited story and many Nigerians want to know the reality of the allegation of leaked s*xtape of African bad girl Tiwa Savage to be true or is just a publicity stunt .

Tiwa attacked Gistlover, a well-known blogger, for his displeasure with the way she handled her s*x tape scandal yesterday evening. She claims that Gistlover promised to reveal her sex tape gist before she did in order to humiliate, destroy, and shame her on social media.

Tiwa Savage said on October 17th during her ‘Eko on Show’ performance that the footage exists but will never be seen in this lifetime. She also sang about how the sextape’s mysterious male utilized his masculinity (d*ck) to attack her.

The sextape has been leaked, and it’s making Tiwa Savage a social media sensation.

The alleged sextape of Tiwa Savage went viral on Monday night, and it had everyone talking. Gistlover is said to have leaked the short video.

However there’s mixed reactions towards this and Nigerians have started questioning the existence of the alleged video .

There are rumors that Tiwa’s partner, Abolo Beckham, a Nigerian living in Ghana with whom she shot the video, and not the blackmailer, leaked it. They base this on the fact that he only clearly captured Tiwa because he was the one recording, while deliberately ignoring his own face.

Klinriri
Related Articles
WHO TO FOLLOW
MORE FROM AUTHOR