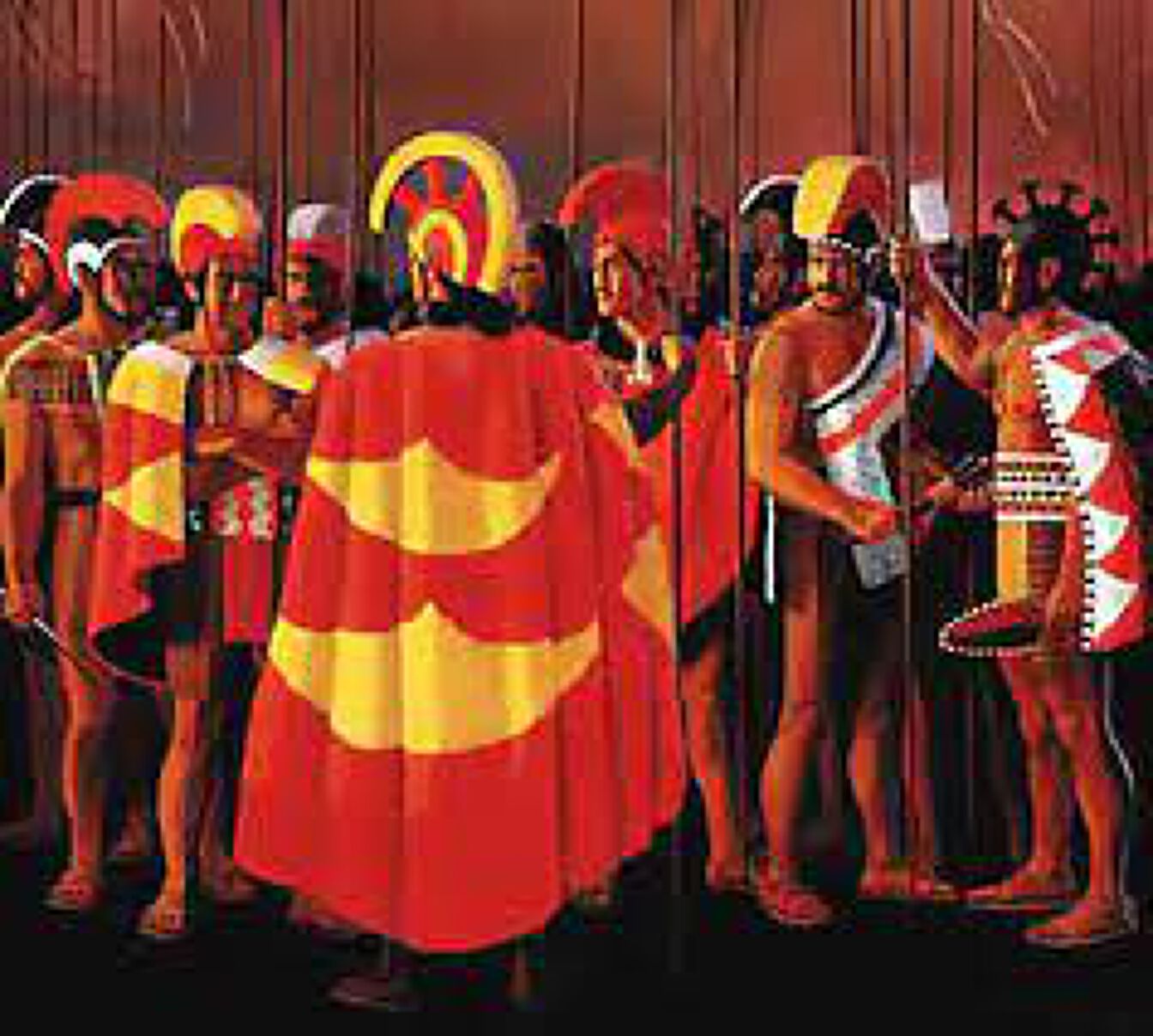 The islands of Hawaii have been settled for thousands of years. Though little is known of Hawaii's earliest history, it is believed that the islands were settled by Polynesian travelers between A.D. 300 and A.D. 800. These Polynesians shared their cultural traditions, including religion, myths, and social organization, between the islands they colonized.

For this reason, many of the islands in Polynesia share similar social structures and mythology, including the tiki. Upon their arrival, the Polynesian settlers built homes (hale) and temples (heiau). Religion played a significant role in early Hawaiian mythology and social structure.

In Hawaii, the tribal system of Polynesia evolved into a system of rigid castes, or social classes. Following the customs of ancient Hawaii, people were born into a specific social class, and it was impossible to move between classes. Each group had assigned duties and responsibilities.

The uppermost caste, known as Alii, consisted of the royalty and chiefs. Both major and lesser Alli competed over land and power. Ancient Hawaii included many warring islands as chiefs competed to gain control over more islands. The high chief lived in a house known as Hale ali'i, which was built on a raised stone foundation and could only be entered by men.

The next class, Kahanu, consisted of priests that tended to the temples and conducted religious ceremonies. The Heiau, or temple, was restricted to the alii and kahuna, who drew divine power (or mana) from this spiritual place. Along with Alii, Kahanas had the ability to place a kapu, or ban, on places or things.

The commoner class consisted of the farmers, craftsmen, fishermen, and other workers of ancient Hawaiian Society. Known as Maka'ainana, families of the commoner class tended to specialize in certain careers. Even entire islands became known for certain trades, such as Oahu, the chief manufacturer of tapa bark cloth, or Maui, known for canoe construction. The Maka'ainana worked to support themselves as well as the alii and kahuna.

The lowest caste, known as Kauwa, consisted of outcasts or slaves. These included law breakers and war captives, and unlike the Maka'ainana, they had no career path. Kapu, or royal rules, prohibited those of other castes from associating with the Kauwa.

In ancient Hawaii, the great chiefs owned all of the land that was under their control. Constant warring between chiefs meant that these boundaries changed frequently. The Alli allocated control of this land to the lower chiefs, who then allowed the commoners specified areas of the land.

Most Hawaiians lived in an ahupua'a, which was a triangular piece of land running from the central mountains to the shore, usually with river valleys on either side. Every ahupua'a owed taxes, in the form of labor and goods, to the overseeing chief.

By the time of European contact, Hawaiian society had developed into feudalism. A system of slaves (kauwa) and peasants (maka'ainana) supported the priests (kahuna) and royal society (alii). Feudalism continued in Hawaii until 1810, when King Kamehameha unified the warring islands into one nation. European contact with the native Hawaiians, which began in 1778, would forever change the structure of Hawaiian society.