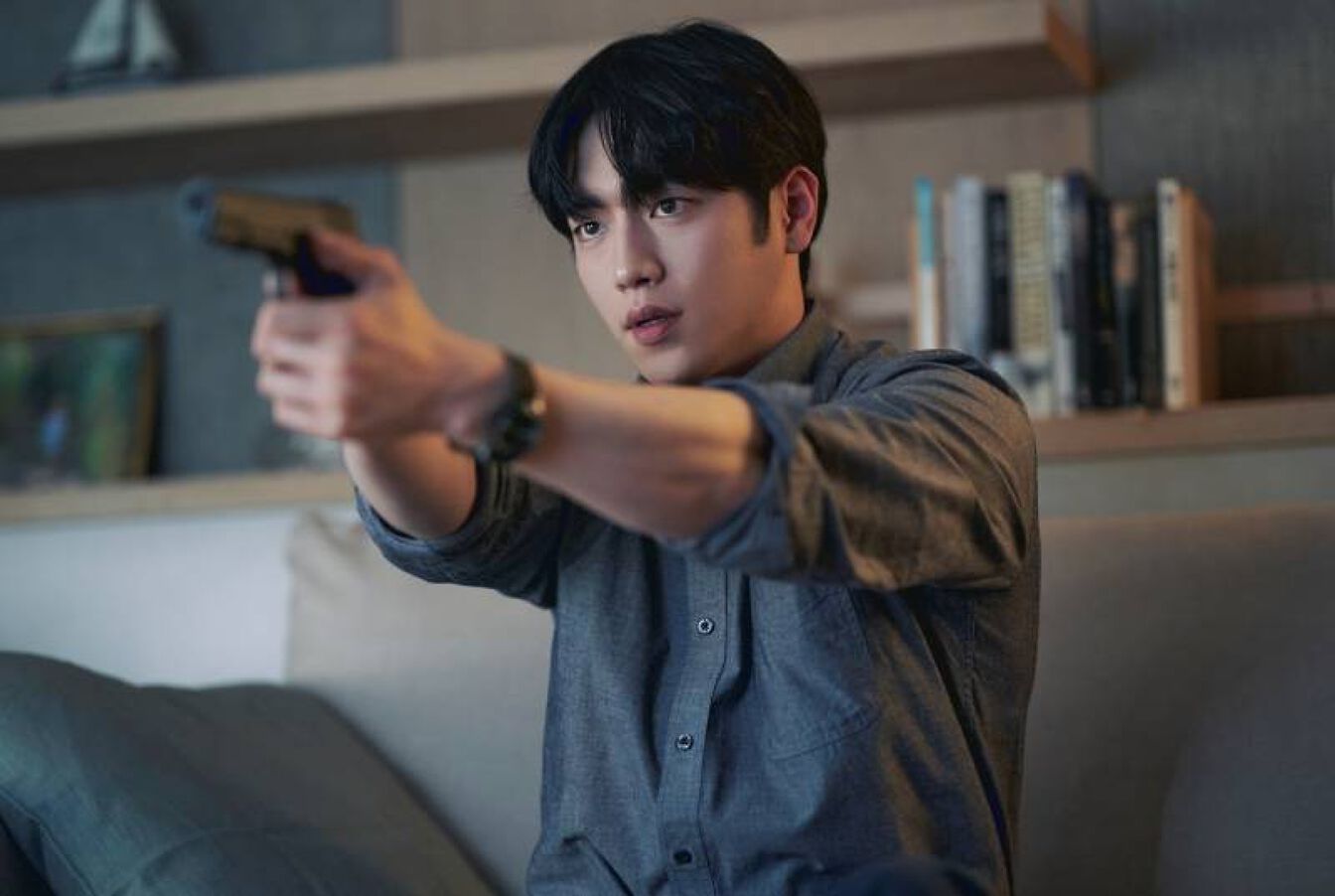 So many shows, so little time. How do you know what's hot and what's not?

That's where our first impressions come in, where we watch the first episode of the latest series to hit your screens and tell you whether it's worth your time.

It's a mystery-thriller that aims to set you at the edge of your seat, contemplating each character's motivations and their next moves.

The drama opens in 2005 and solar winds threaten to plunge the world back into the dark ages. Fortunately, Earth is protected by the Grid, a protective 'net' encasing the entire globe in an artificial magnetic field, defending mankind from an imminent demise.

Fast forward to the present day. Our male protagonist Kim Sae-ha (Cheese in the Trap's Seo Kang-joon in his first drama after completing mandatory military service) accidentally stumbles onto a murder scene and displays his special ability to lipread.

The next day, while at work in a secretive techy office where everyone is searching the web for people who disappear, he comes across a police report by Jung Sae-byeok (Kim Ah-joong). According to the detective, a mysterious woman, nicknamed Ghost (Lee Si-young), has helped a murderer escape and then disappears into thin air herself.

Here's the surprise: Ghost is the exact same saviour that gave the gift of Grid to mankind back in 1997 — so why is she aiding a murderer now?

Kang-joon's portrayal of Sae-ha, although somewhat stone-faced, seems to hint at an underlying depth of emotions and personal tragedies.

Veteran actor Kim Sung-kyun also really sells his character well. As the short-tempered and murderous Kim Ma-nok, Sung-kyun's body language definitely gives off a vibe of an aimless, irrational man who would murder over a slight insult.

This all results in the plot gaining extra depth in mystery and intrigue — how exactly the Grid is tied to Ghost, Sae-ha and Ma-nok is still unclear.

Despite leaving so many mysteries, Grid does well to prevent confusion. Instead, it provides many open-ended possibilities for speculation, leading the viewer in the direction of the next episode.

The introduction sequence of establishing the Grid and the threat of solar winds was unnecessarily lengthy, and the bland acting from a smug man in Arab garb leaning into his cushy chair certainly didn't help.

Si-young as the Ghost. PHOTO: Disney+

Si-young, one of the two bigger names in this series, also didn't get much screen time; I began watching the first episode fully expecting her appearance. Instead, all we got from the first episode was her wrapped from head to toe in black clothing — only her eyes were visible.

While we did get a glimpse of her hair in a shampoo commercial-esque slow-motion shot of it, the best we got apart from that was a mugshot constructed from Sae-byeok's memory.

But why did they have to extend the slow-mo shot of her tresses? Is her hair part of the plot, we found ourselves wondering.

All eyes are on:

Si-young and her portrayal of the Ghost. Fans of her action-packed performance in Sweet Home may find that this new persona in Grid holds a similar crux in combat. Hopefully, future episodes will show more elaborate fight scenes where the amateur boxer actress will be able to shine.

Sae-ha's motivations are also something to keep an eye on. He seems to be the most complex character in this series barring the Ghost. As the story around him unfolds, we are keen to comprehend the reasoning behind his panopticon of a workplace, his comatose mother's condition and his unnerving preoccupation with guns.

To watch or not to watch:

Definitely give Grid a watch. The first episode ends on a cliffhanger and leaves many questions in your mind.

With how it straddles the genres of sci-fi and mystery thriller, Grid caters to a large audience. Whether you're into the gritty, noir-cop type dramas or more action-packed sci-fi genre where the world hangs in the balance, Grid has a seat saved for you.

If you're an armchair detective who loves solving mysteries, give Grid a shot. The first episode is already laced with so many questions: Why was Ma-nok saved by the Ghost? With how she's a time-traveller, are they perhaps related?

The trail of breadcrumbs left by Grid's debut episode is likely to hook you onto the series — once you're hooked, you're quickly reeled in.