Shrikhand Mahadev trek : One of the most difficult yatras 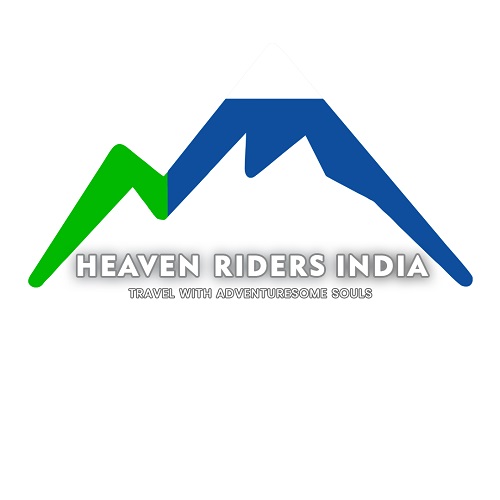 Lord Shiva is also known as Mahadev, Superhuman. The Himalayan mountain ranges are thought to be Shiva's dwelling. There are various locations in and around India that are associated with Shiva and his legends, including Kailash Mansarovar, Kinner Kailash, Amarnath, and others. All of these locations are regarded as highly sacred and difficult to approach. Shrikhand Mahadev is one such location. Shrikhand Mahadev Trek is a spiritual pilgrimage to one of Shrikhand Mahadev's shivlings in Himachal Pradesh. India, being a spiritual country, has a large number of Shiva devotees.

One of the most difficult yatras, the overall trekking distance is roughly 70 km to and fro, which must be completed in 5 days. The trek begins at Jaon village in Himachal Pradesh and brings you to the mountain top, waterfalls, glaciers to cross, and finally to Shrikhand Mahadev, which is in the shape of a Shivling (Shiv's portion).

A Quick Overview of the Shrikhand Mahadev Trek

The first day begins with a lovely trip from Shimla to Rampur. Shimla offers lovely villages and towns such as Shimla, Kufri, and Narkanda. Take in the peaceful surroundings. At Jaon, dinner will be served. Jaon is a lovely village surrounded by the Himalayas. This village's beauty can be appreciated as it sits amidst steep mountains, temples, wild flowers, beautiful meadows, and Rajmah farms.

Start the hike early in the morning after breakfast and get ready to walk. You will be able to see Shrikhand Mahadev, who is from the Jaon village. After crossing Jaon, the first stop is Singhad, which is 3 kilometres away. Wait for the team, sign up for the trek, and relax at Singhad. The following destination is Barati Nala. There will be a bridge to cross, followed by a difficult rise up to Thachdu, which will be the true test. Slow down and take baby steps; don't haste and don't walk alone. On the way to Thachdu, a hot lunch will be served.

Thachdu is surrounded by deodar and oak woodlands. We'll be spending the night at Thachru's encampment.

You will begin your day at 6 a.m. After a quick change of clothes and a cup of tea with some cookies, you'll be at the summit of Kali in under two hours. The first 3 kilometres are a straight ascent from Thachru to Kali summit. At Kali Top, breakfast would be provided. Kali Ghati provides breathtaking mountain scenery with a 360-degree outlook.

After a hearty breakfast, begin the trip to Bheemdwar. Downhill until Bheemtalai, which is around 1.5 kilometres away. Rest at Bheemtalai before resuming the walk. The trail is both steep and downhill. Kunsha is the next stop, and a hot lunch will be served the route.

Kunsha is a wonderful place with breathtaking scenery. You can't help but click on the pictures here. We continue on our way to Bheemdwar. The area is surrounded by wildflowers and plants.

There is a lot of Brahma Kamal at Parvati Bagh. This location is immediately below Shrikhand Mountain. After passing through Parvati Bagh, you will trek for around 2 kilometres to Nayan Sarovar. It was thought that the lake was formed by Goddess Parvati's tears. It is still frozen. As you progress, you will catch a sight of Shrikhand peak and will soon arrive at Bheembaie.

The trail to Bheembaie is quite difficult to travel due to the numerous moraines and stone tunnels.

After a cup of hot tea at the campsite, begin your descent towards Thachdu through Kali Ghati and Kunsha. We'll eat breakfast and lunch on the way. Thachdu will be our destination for the night and dinner.

The hike comes to a conclusion here at Jaon, and we will say our goodbyes to our mountain team, carrying many memories with us. After a cup of hot tea at the campsite, get up early and start descending towards Jaon. En route, you'll get a hot breakfast and a lunch. The night will be spent at Jaon with dinner.

Our staff will drop you off at the Chandigarh Railway Station from Jaon, and you may then plan the rest of your day as you see fit. We expect to arrive in Chandigarh about 10 p.m. Plan your subsequent travel accordingly.