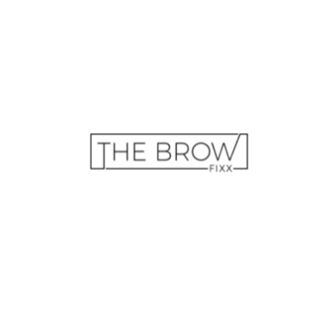 Are you also tired of using your brow gels and tints every morning before you leave your house? Don’t worry you are not alone. There are many people out there with a similar desire of having fuller brows. However, some of them have already found relief in eyebrow tinting, some are still considering it. So, if you are thinking about eyebrow tinting but are having some doubts read this blog to the end and know all about it.

Eyebrow Tinting | All you need to know

What Is Eyebrow Tinting?

How long does eyebrow tinting last?

A properly performed tinting will last for more than many days. It can range anywhere between 4-6 weeks. After some time, the dye will slowly fade away. Avoid using oil-based products for 24 hours after tinting to achieve long-lasting results.

How long does the tinting process take?

The dyes take five to ten minutes to color the brows but the process of color customization may take more time. So the whole process, from appointment to final result may take from 30 to 40 minutes. It also depends upon the eyebrows.

Eyebrows with finer hair will need lesser time to get tinted than the eyebrows with coarse hairs. Also, the shade of the dye depends on how long you leave it on the brows. So, make sure to check the clock while using an at-home eyebrow tinting kit.

These kits are designed to make tinting easy and feasible for people. There are several kits available in the market that have different instructions included in them. Some kits have a peel-off effect while some dyes simply need to be washed away. Though these kits are easy to use what they lack is a professional application process for which choosing an eyebrow salon is more appropriate.

●      It lasts much longer than eyebrow gels

●      The result is natural fuller-looking eyebrows

●      Improperly done tinting may give unnatural look to your brows

Although eyebrow tinting is safe, it is advised to do a patch test before. Moreover, if you have sensitive skin avoid tinting or ask your dermatologist first.

Can normal hair dye be used for tinting brows?

The hair in your eyebrows is different from your normal hair. So the dye formula is also different. Use only eyebrow tints or eyebrow gels on your brows.

Does tinting fill gaps in eyebrows?

Tints only color the eyebrow hair, even the tiniest ones. But they don’t fill the gaps.

How is eyebrow tinting different from microblading?

In microblading or microshading, hair-like strokes are drawn on your eyebrows. It is more like a tattoo. Whereas in tinting your natural eyebrows are dyed to make them noticeable and darker.

Eyebrow Tinting is a good option to get beautiful brows. However, it is must to have an experienced brow specialist by your side. So choose professionals like The Brow Fixx to perform eyebrow tint with ease.

The Brow Fixx
Related Articles
WHO TO FOLLOW
MORE FROM AUTHOR