ALL YOU NEED TO KNOW ABOUT IOS VS ANDROID 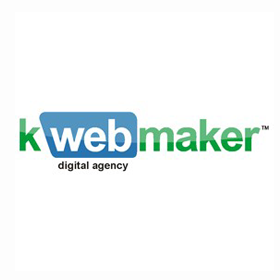 On an average, a smartphone user checks their mobile device 10-15 times a day with a total of 131 minutes on social media followed by 116 minutes on gaming applications. In 2021, the worldwide smartphone users were 6.378 billion users and by the year 2026, the worldwide number is estimated to reach 7.5 billion users. With social media platforms holding the most market share, TikTok & Instagram had the highest number of downloads with 66 million and 59 million downloads respectively. Among the other top 5 downloaded applications were WhatsApp, Facebook Messenger, and Facebook. Besides downloads, application revenues have seen an impressive shoot since 2020, Google’s Play Store received a revenue of $38.6 billion and Apple’s App store generated a revenue of $72.3 billion. Interestingly, most of the revenue was generated from the gaming industry. 80% of the total revenue was generated by gaming accounts with $75.4 billion in revenue by the global mobile gaming industry.

Target Audience: Before you start planning the development of your app, you should consider the device and software used by your target audience. As Android developers, we notice a huge demand of medical, tech, IT, and educative apps for Android app development. On the contrary, as iPhone’s are popular among business professionals, managers, and executives, we notice demand for business applications, team work, co-ordination, organizing, and communicative applications in IOS app development. There are also generic applications which are demanded in both software’s; Shopping, Entertainment, Music, & Gaming.

Flexibility & Security: Privacy and Security are one of the growing concerns of any user today. One of the major differences between both the software is Android is more of an open source platform viz-a-via meaning easier customization, easier access to hardware, file systems, themes, unique features and more.

While IOS being a more closed ended system, tends to become a difficult and restricted system to work with. It is crucial to note IOS being more encrypted is a safer and secure system while Android systems may be more suspectable to viruses, cyberattacks, and corruption.

Contact us here to breathe life into your mobile application idea.

Revenue: Statistics show worldwide 98% app revenues was generated from free apps. Arguably, Android has the mass appeal but when it comes to making a steady profit and promoting in-app purchases IOS app development is the way to go. IOS app development has crucial LFT (Lifetime Value). IOS users typically professionals and executives are likely to do in-app purchases for the extra ease in business activities and valuable content from an investment point of view. Statistics also predict globally in-app purchase revenues of IOS is to cross the $60-billion mark.

So which is the clear winner? Our take as Android and IOS developers is to base your decision on the type and features of your mobile application. If you’re planning to develop a retail or communications application which offers additional paid features opt for IOS, while if you’re developing a gaming or entertainment application Android app development would be the way to go.

Future Expectations: Both IOS vs Android development have a promising future. Android held 75% of the global market share while IOS system with its constant innovation, new software, rising popularity also delivers strong competition. As app developers, we predict constant demand and mass acceptance when it comes to both IOS vs Android.

Besides these crucial points, budget, timelines, maintenance, and user-interface are also lucrative points to consider when choosing the right software for your mobile application.

Still confused between IOS vs Android? Get your free quote here and start your journey with one of the top IOS and Android developers.

Kwebmaker5
Related Articles
WHO TO FOLLOW
MORE FROM AUTHOR