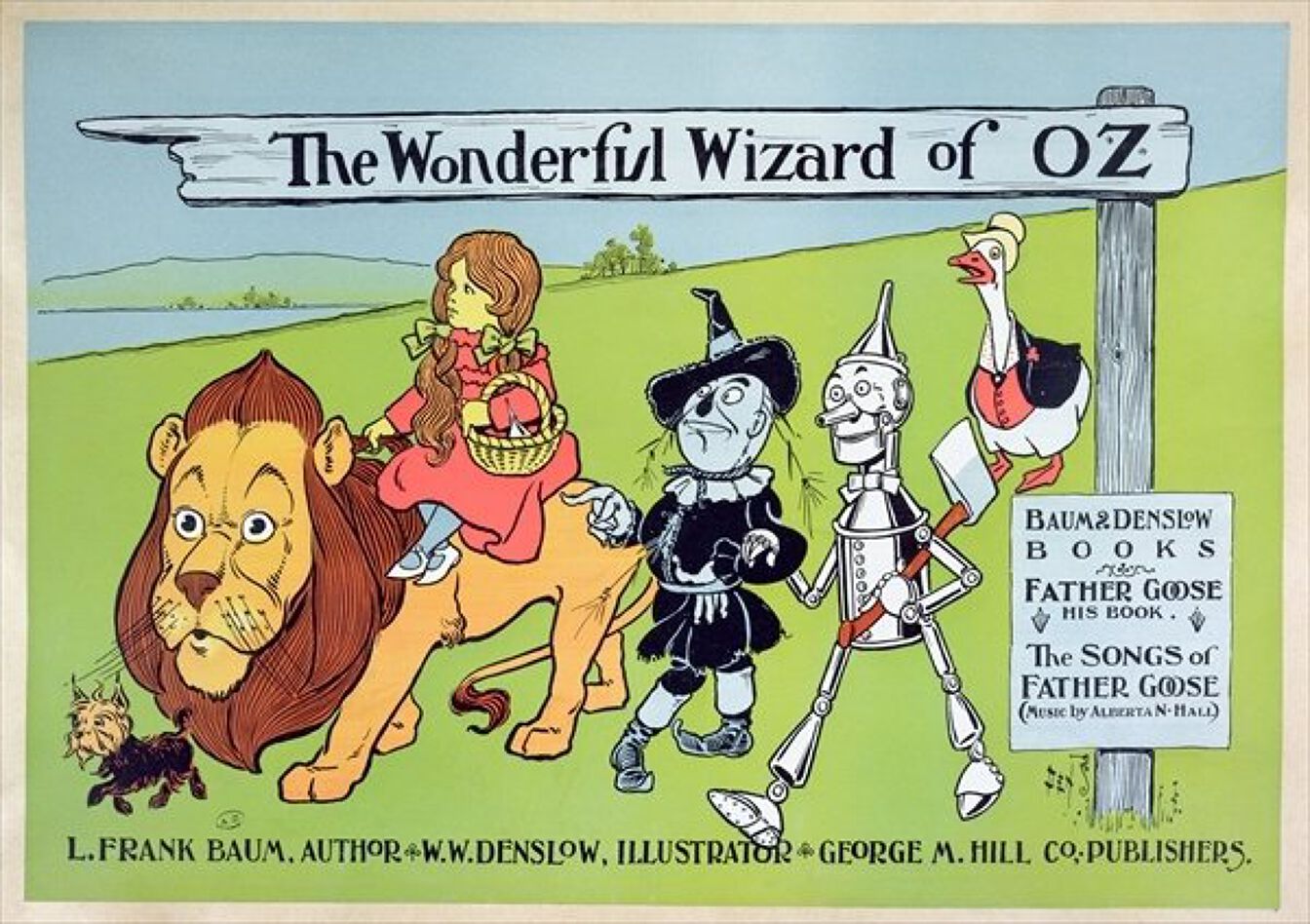 When Frank Baum wrote the American classic, "The Wonderful Wizard of Oz" in 1900 it was a popular book for young people to read. Later in 1939, the story became immortalized as a movie, shot partly in black and white and color, starring Judy Garland, as a young farm girl in Kansas who hits her head in a tornado, and dreams she's landed in a mythical world of munchkins, witches, a scarecrow, a tinman and a lion who journey to meet Oz, a powerful magician. However, based on a recent MSN article, "Why pennies still exist and other money trivia" by Andrew Lisa, there is "overwhelming scholarly evidence" that the story is an allegory of the American economic status at the end of the 19th century, known as "Populism".

In the 1890s, Populism referred to the Populist movement that grew out of the financial insecurity that the average American, mainly farmers who earned a meager income suffered from failing crops, falling prices, and true fear of financial favor. In other words, Populists wanted economic power for the common people who earned a scant amount from their jobs. They wanted money to be based on the "gold standard" so that their currency could be exchanged for gold. note:Die Zeit, die wir teilen

The context of the Populist movement probably never would have been connected as a parable of the "Wonderful Wizard of Oz" until author and historian Henry M. Littlefield published an article in 1964 in the "American Quarterly", in which he clearly explains the characters' symbolic meaning in the Populist movement. Dorothy is the main character who represents the average American who travels the "yellow brick road" which signifies the gold standard to reach the Emerald City - the greenback dollar to find the "Wizard". note:Die Zeit, die wir teilen

Dorothy meets some friends along the way, who have needs that only the Wizard can offer them. For example, the Scarecrow represents the average American farmer who claims to need a brain. The brain is a metaphor for education from universities. The Tinman is the industrial worker who builds items made of steel. He needs a heart since the manufacturing industry operates with dehumanized, indifferent workers. The Cowardly Lion who is the politician, Williams Jennings Bryan, who according to Populists, was afraid to run against President William McKinley, who is the Wizard. McKinley is the top American politician who seems wise and benevolent but is really an evil, conman who doesn't know what he is doing. Nevertheless, the Wizard gives the Lion courage. note:Three Thousand Years of Longing

Other characters in the Wizard of Oz include the Wicked Witch, who is the monetary system, killed by Dorothy-the average middle American who had the power to kill the witch if she only believed in herself. In the book, Dorothy wears silver slippers, instead of "Ruby slippers" in the movie. The silver slippers represent the "anti-inflation" free-silver movement, in which silver was used to mint coins, circulating among the American people. note:Three Thousand Years of Longing