Game review: Kathy Rain – a slice of nostalgia for the ’90s 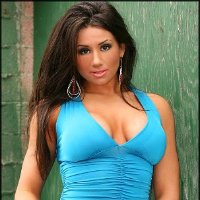 Nostalgia s a funny thing, and armed with the right tools, those infected by its bug for decades on end can turn out some amazing results.

Case in point: this new breed of indie adventure games, heavily inspired by the Sierra and LucasArts point-and-click games of yesteryear, when Monkey Island, King s Quest and others dominated our boxy old PC monitors.

The biggest inspiration here is David Lynch s cult TV show Twin Peaks: that reveals itself most obviously in the standard set of almost all two-dimensional characters – the forced detective, the gruff sheriff, the mysterious priest – but goes even deeper as things take a turn for the supernatural as the story progresses.

And there s where Kathy Rain particularly separates itself from its forefathers: here s a tale where things actually happen, where characters grow and the story evolves.

It s a more involving journey than Indiana Jones search for some random artefact or Guybrush Threepwood s endless rescuing of the governess, but it s still not without its flaws.

Nostalgia for the 90s is strong these days, and Kathy Rain channels that trend to the best of its possible abilities – almost too well at times, in fact.

Audrey Gonzales
Related Articles
WHO TO FOLLOW
MORE FROM AUTHOR