Ethereum's Viktor Trón talks about Swarm and the skeleton of Web 3.0 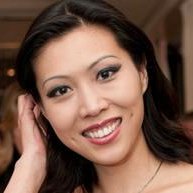 The goal is a peer-to-peer serverless hosting, storage and serving solution that is DDOS-resistant, fault-tolerant, has zero-downtime, and is censorship-resistant.

This gave way to Web 2.0 and a "Faustian bargain" which traded control of content, access and user data for scalable hosting infrastructure which is kept cheap or free by selling on their profile info to third parties for targeted advertising.

Swarm lead developer Viktor Trón told IBTimes UK: "It occurred to the founders of Ethereum quite early on that this could be a very good skeleton for a new generation of the web, a vision they termed Web 3.

Firstly, as a content distribution system for Dapps; secondly for certain application logic which is not consensus critical which you don't want to be replicated on every node, think the database component of web applications; and thirdly, the blockchain itself could be stored in a decentralised way.

"And similarly if you had a decentralised Airbnb, then you would have all the accommodation offerings with the photos of everything on Swarm.

The solution proposed in the orange paper uses cryptographically verifiable proof of custody combined with erasure coding a method of data protection in which data is broken into fragments, expanded and encoded with redundant data pieces and stored across a set of different locations or storage media .

Michael Franklin
Related Articles
WHO TO FOLLOW
MORE FROM AUTHOR