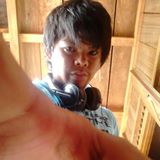 It's no surprise to hear that Samsung is working on an Active version of its smartphone the Galaxy S7.

Early this month some images of the Galaxy S7 Active leaked showing what was claimed to be a prototype device for ATNow another image has leaked and this time out it is claimed to be a rendering of the smartphone and it looks very official.

The camo back panel appears heavily textured for grip even with wet hands.

A version of the device was spied wearing the SM-G880 model number.

We still have no hard data on hardware inside the S7 Active, but it is hinted that it will use the same hardware as the normal Galaxy S7.

The S7 Active is expected to carry improved water resistance compared to the standard smartphone already able to survive significant time in the water.