Netflix launches Fast.com to show how fast (or slow) your Internet connection really is 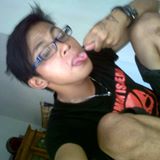 Netflix really wants to show you how fast or slow your Internet connection is, and to do so it has launched a new website at Fast.com that conveys the real-time speed of your connection to the Web — it s designed to give people greater insight and control of their Internet service.

It looks like Netflix procured the Fast.com domain last month and, according to a filing with the United States Patent and Trademark Office USPTO , it s in the midst of trademarking the Fast logo.

It works globally, on mobile Internet or domestic broadband, and it displays the speed of your connection, in megabits-per-second, at any given moment.The launch comes just a few weeks after Netflix introduced new cellular data controls to let users tweak the quality of their video streams, so that those on patchier connections can select lower-quality streams.Fast.com does seem like a random product on the surface, especially given the myriad of existing speed-test tools online, but Netflix wanted something of its own, that works in real-time, and which is devoid of any annoying distractions such as ads and other bells-and-whistles.

Netflix s new speedtest tool actually links directly to Speedtest.net to allow you to compare the results and we can confirm they are accurate .

We all want a faster, better Internet, yet Internet speeds vary greatly and can be affected by other users on your network or congestion with your Internet service provider,  said David Fullagar, vice president of content delivery architecture at Netflix, in a blog post.

Using Netflix servers, fast.com works like other globally available tools including speedtest.net, and the results should be similar in most cases.