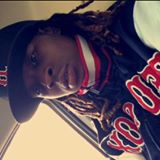 In a bid to win over more Indian developers, Apple on Wednesday announced it would set up by early next year a facility to help developers on best practices and to improve the design, quality and performance of their apps on the iOS platform.

Apple estimates that over 1 million people in the city work in the tech sector, with over 40 percent of graduates from local universities specializing in engineering or IT.

Apple s CEO Tim Cook is on his first visit to India, which he has identified as a growth market for the company, where he expects disproportionate growth versus the more developed areas.

Developers usually try out a concept first on Android before offering an iOS version of the app, as it is easier to validate the concept with the large amount of feedback you get from Android users, he added.

But iOS is also attractive for developers because users of the iPhone tend to have higher purchasing power and are more likely to retain apps they download, in contrast to Android users who frequently delete apps to save on memory on their phones, Mathew said.

The company will also give developers access to tools which will help them create innovative apps for customers around the world, and provide support on Apple s Swift programming language.