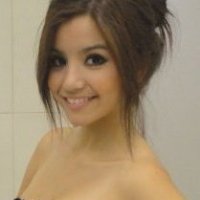 The next generation of air travel just got a step closer, with the successful completion of a rocket test in the Australian desert that could one day lead to flights from London to Sydney taking as little as two hours.

The test is part of a series of ten, run by a team comprised of US and Australian military scientists.

At the Woomera Testing Range, they were able to send an experimental scramjet attached to a rocket booster to an altitude of 278 kilometres with a top speed of Mach 7.5 - more than seven times the speed of sound.

That's far faster than the 'supersonic' Concorde aircraft ever achieved, and passes the threshold for 'hypersonic travel' instead - defined as travel at more than five times the speed of sound.

"The practical application of that is you could fly long distances over the Earth very, very quickly but also that it's very useful as an alternative to a rocket for putting satellites into space."

"It is a game-changing technology... and could revolutionise global air travel, providing cost-effective access to space," Australia's chief scientist Alex Zelinsky said in a statement.

Lakeisha Naron
Related Articles
WHO TO FOLLOW
MORE FROM AUTHOR