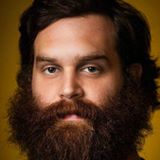 The Nulled.IO board is used to trade and sell credit card and leaked identity information, hacking tools, cracks, and malware-creation kits.

On May 6th, the hacker or hackers responsible for the breach dumped a 1.3 GB compressed archive online which when expanded is a 9.45 GB SQL file containing details of the website s cybercriminal users and their activities.

According to RiskBased Security, which discovered the breach, the attack was likely possible due to Nulled.IO s use of the Ip.Board community forum, which has a number of known vulnerabilities.

All this information will, of course, likely be of interest to law enforcement officials, especially as it contains so much information about illegal activities.

A particularly interesting discovery made by the RiskBased Security team is that there are 20 .gov email accounts in the leaked database that originate from countries such as the US, Turkey, the Philippines, Brazil, Malaysia, and Jordan.

Richard Baty
Related Articles
WHO TO FOLLOW
MORE FROM AUTHOR