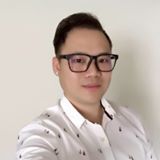 A hacker affiliated with the notorious Anonymous collective has launched a series of cyberattacks against government portals in North Carolina to protest against the so-called 'bathroom bill' – which has been criticised by many as being anti-LGBT.

Indeed, a number of businesses and high-profile celebrities have protested its advance into law – including Bruce Springsteen, Bryan Adams and Elton John.

This type of cyberattack sends a tidal wave of traffic towards a single web server with the aim of taking it offline and is regularly used by Anonymous as a method of protest.

Following the DDoS attacks, the hacker posted a JustPaste link that purported to hold a database compromised from the North Carolina State University www.ncsu.edu .

The hacking group recently became embroiled in the ongoing US election campaign after planning operations against presidential hopeful Donald Trump.

The latest campaign, however, looks set to continue.

Owen Grundy
Related Articles
WHO TO FOLLOW
MORE FROM AUTHOR