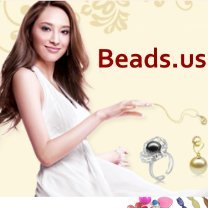 View photosMoreDirector Steven Spielberg poses on the red carpet as he arrives for the screening of the film "The BFG" Le Bon Gros Geant out of competition at the 69th Cannes Film Festival in Cannes, France, May 14, 2016.

Another virtual reality film showing in Cannes is "Giant", whose director Milica Zec says the immersive experience means audiences can choose where they look and what they see.

Zec and Darnell agree the technology still has a long way to go but virtual reality films will one day become the norm.

"I just hope it doesn't forget the story when it starts enveloping us in a world that we can see all around us and make our own choices of what to look at."

In other signs that Cannes is embracing the new this year, it has also partly opened the door for streaming video giants, allowing Amazon to make its debut.

It kicked off with Woody Allen's 'Cafe Society', one of five Amazon films selected.

Kim Hinojos
Related Articles
WHO TO FOLLOW
MORE FROM AUTHOR