Batman: Return to Arkham remasters announced for PS4 and Xbox One 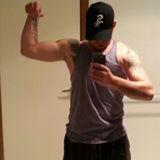 A screenshot from the remaster of Batman: Arkham Asylum.

Warner Bros Interactive has announced the Batman: Return to Arkham - which will bring Rocksteady Studios' Batman: Arkham Asylum and Arkham City to PS4 and Xbox One on 29 July, and cost £39.99.

The remasters have been developed by Virtuos Games and will include, according to a press release, "improved graphics, as well as upgraded models, environments, lighting, effects and shaders."

Though aided in their success by the Hollywood limelight of Christopher Nolan's The Dark Knight trilogy, the games cut their own thematic path – blending technological realism and gadgetry with the heightened reality of the expanded Batman world.

Arkham Asylum takes place within the DC Comics series' famed psychiatric hospital which, in the story, houses a large number of Batman's enemies and has been taken over by a coup by master criminal The Joker.

A trailer was released accompanying the announcement, which is embedded below.