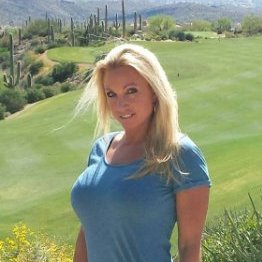 In Berlin s venture capital arms race, E.ventures is the latest tech investor to stock up.The firm, with operations in Germany, San Francisco, Brazil and Asia, said it s closed a $150 million fund to invest in early-stage European technology startups and has hired Bernardo Hernandez, a veteran of Google Inc. and Yahoo Inc., as its fifth general partner.The company is also raising a U.S. fund that may be as large as $175 according to a filing with the Securities and Exchange Commission.Along with an existing $290 million growth fund, E.ventures becomes one of the largest VCs angling for stakes in Germany s burgeoning startup scene.

Hernandez, a Spaniard who started at Google in its marketing division in 2005 and later joined executive Marissa Mayer when she became Yahoo s Chief Executive Officer, plans to move from California to Berlin in June, said Christian Leybold, a general partner at E.ventures.E.ventures is the latest German VC to raise a big new fund in hope of competing for the startups being created in Berlin and elsewhere.

Project A Ventures, Cherry Ventures and BlueYard Capital have all raised funds in excess of $135 million this year.

In Europe, "there are companies in our portfolio from Stockholm to Lisbon.

Founded in the late 1990s by veterans of German media company Bertelsmann and the European branch of AOL Inc., E.ventures uses software and some 70 data sources to track "performance indicators" of startups to see who s growing faster than expected and may warrant a meeting, said general partner Matthias Schilling.It also positions itself as willing to invest enough time to guide entrepreneurs.

The firm s press release announcing its latest fund did not shy away from candidly noting, with choice language, the kinds of people "founders do not like".E.ventures focuses on consumer Internet, online media and mobile computing startups and invests in companies including NGINX, an open-source Web server, and Farfetch, an online luxury retailer.

Judy Cornell
Related Articles
WHO TO FOLLOW
MORE FROM AUTHOR