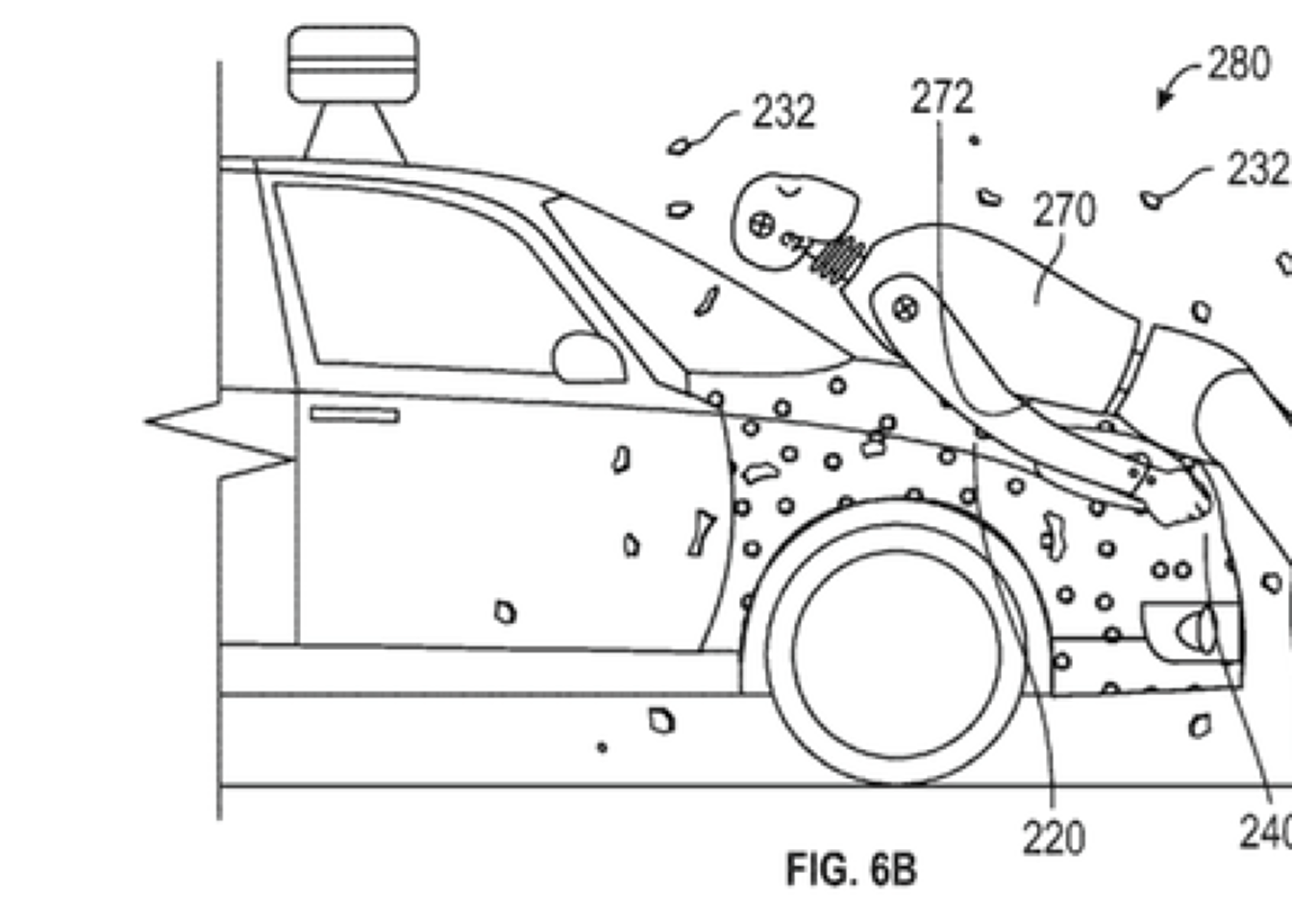 This way, pedestrians or cyclists who happen to find themselves being struck by a Googlemobile would be protected from what s called secondary impact.

The patent was filed back in 2014 and seems to be designed as a temporary solution to keep the humans around the self-driving cars safe as autonomous technology improves:

While such systems are being developed, it must be acknowledged that, on occasion, collisions between a vehicle and a pedestrian still occur.

Such safety mechanisms may become unnecessary as accident-avoidance technology is being further developed, but at present it is desirable to provide vehicles with pedestrian safety mechanisms.

As for what kind of glue Google is planning to smear across its hoods, it s described in the patent as having some kind of eggshell -like coating over the main adhesive layer so the car doesn t drive around scooping up insects and other small animals like actual flypaper.

Nissan s pop up engine hood uses tiny explosives to slightly raise the hood of the vehicle once it senses an impact to help stop pedestrians from hitting their heads.

Given their role with Android OS, they could have the world s smartphones telling pedestrians when they are at risk of getting hit.