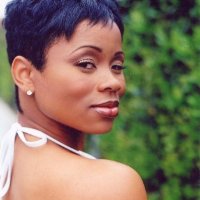 Google has just had its 2016 annual developer conference and a number of exciting new innovations were announced.

Here are the most interesting takeaways

Google just had its 2016 Google I/O developer conference and a lot of exciting stuff has been announced, although some of the predictions about what was expected to be covered haven't quite come true, and instead, the internet giant has managed to surprise the tech industry with new technologies and innovations to existing products.

Google also says that it has improved the Google Assistant to provide even better search that provides accurate answers immediately and works better than existing assistants on the market.

Then there's Duo, which offers instant video calling that is also end-to-end encrypted and offers a much better video quality by proactively monitoring network quality several times a second and seamlessly switches between data and Wi-Fi.

A demonstration of the controller in action playing games looks really positive and Google says that users will also be able to watch IMAX films as immersive experiences on Daydream as well as enjoying watching all standard videos from YouTube in a new way.

A key part of this is its improved Vulkan graphics processor, as well as the new Just In Time JIT compiler, which is able to install apps 75% faster and reduce the size of compiled code by 50%.

Connie Colon
Related Articles
WHO TO FOLLOW
MORE FROM AUTHOR