WIRED Awake: 10 must-read articles for 19 May 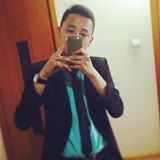 Report: Superbugs will kill one human every three seconds by 2050

A new report by the Review on Antimicrobial Resistance warns that without intervention, by 2050, one person will die every three seconds as a result of antibiotic-resistant superbugs BBC .

The review recommends a huge global awareness campaign to inform people of the risks, selective bans on antibiotic use in agriculture, a bounty for the discovery of new antibiotics and the promotion of various methods of disease prevention.

Nintendo to branch out into medical devices, restaurants and computer software

Nintendo president Tatsumi Kimishima has announced that the company intends to expand its business purposes to cover new areas, including computer software, alongside its existing console and mobile offerings Gamasutra .