Steven Spielberg warns VR technology could be 'dangerous' for film-making 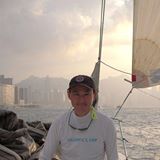 Speaking at the Cannes film festival, where a number of VR movies are screening alongside his own movie, The BFG, the three-time Oscar-winner suggested the new format risked undermining directors control of their art.

I just hope it doesn t forget the story when it starts enveloping us in a world that we can see all around us and make our own choices to look at, added Spielberg.

Film-maker Eric Darnell, whose six-minute VR film Invasion is also playing at the festival, said he believed virtual reality film-making would one day become the norm.

It is its own thing and we have to discover so much about what are the tools in our toolbox, Darnell told Reuters.

The festival has dedicated a pavilion to the immersive technology, featuring screenings and discussions, as part of its Marché du Film programme.