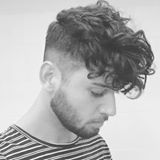 Don t look know, but if you re cruising around downtown Pittsburgh, the next Ford you overtake might be a self-driving Uber.

They can be switched to a manual driving mode at any time, and automatically disable self-driving with a loud beep when the onboard computer can t determine a way around an obstacle.

The company began prototyping vehicles 10 to 15 years ago in the California badlands, and in 2013, founded the core of its Advanced Technology Center by controversially poaching 40 of Carnegie Mellon University s National Robotics Engineer Center s NREC top researchers.

Uber s focus on self-driving cars remains mostly technological for now, but the transportation behemoth is one of several firms that are lobbying lawmakers to formulate guidelines for self-driving technologies.

And in developing nations, the company is under pressure to reduce fares — earlier this month, Apple, a company with reported self-driving car ambitions of its own, invested $1 billion in rival service Didi Chuxing.