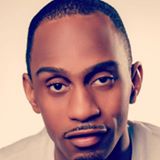 Those changes allow a warrant to be issued for a computer search without the need to determine jurisdiction.

Senators Ron Wyden D-OR and Rand Paul R-KY have proposed a series of amendments that make up the SMH Act and would specifically require that locational information, forcing investigators to get a warrant from a judge with jurisdiction over that area.

"Such a substantive change with an enormous impact on Americans' constitutional rights should be debated by Congress, not maneuvered through an obscure bureaucratic process."

Rule 41 was brought to the forefront by the recent FBI bust of a child sex abuse site and its use of a Network Investigation Technique NIT and magistrate judge warrant to track down users.