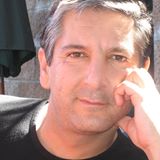 Uber has lured former U.S. Secret Service director Mark Sullivan to join its safety advisory board, a group established by the etaxi giant six months ago, designed to bring together expertise and experience from across the safety spectrum.Sullivan joined the Secret Service in 1983 and served as director from 2006 until his retirement in March 2013 after which he cofounded his own security company.

Reports also emerged that Sullivan had pulled agents off their posts onto a new assignment, known internally as Operation Moonlight, to monitor his assistant who was reportedly being harassed by her neighbor.Uber itself has been at the center of a number of security and safety concerns in recent times, which is why it created roles such as Managing Counsel of Data Privacy and Head of Global Safety, and last year it hired Joe Sullivan no relation to Mark as its first chief security officer.

Sullivan joined from Facebook where he served in a similar role for five years.Last August, Uber hired renowned car-hackers Charlie Miller and Chris Valasek, a duo who had demonstrated how they could hack into a moving Jeep, and just yesterday Uber announced its first official self-driving car tests are to take place in the coming weeks.Nabbing the former Secret Service director for its board could be construed as a major coup for Uber s safety credentials, despite the controversy that surrounded Sullivan s tenure.

As we continue to innovate and grow, we depend on the advice of this safety advisory board to help guide our creativity and give us insights into their fields of expertise —  ranging from women s safety to law enforcement, said Joe Sullivan.

For 35 years, Mr. Sullivan served in many capacities as a Federal Law Enforcement Agent where he led high impact initiatives in criminal investigations and protective operations, threat assessment and risk management.

Mark Sullivan joins existing board members John Barton, former executive director at the Texas Department of Transportation; Ed Davis, a former Boston Police Commissioner; Jessica Eaglin, Indiana University Bloomington, Maurer School of Law; Margaret Richardson, Counsel at Covington Burling; and Cindy Southworth, executive vice president, National Network to End Domestic Violence, founder of the Safety Net Technology Project and board member of the Global Network of Women s Shelters.Today s news comes less than a month after Uber appointed the Huffington Post s Arianna Huffington to its board of directors, a move that was controversial in its own right given the potential conflict of interests it poses in her role as head of a major media outlet.