Haunting Photos of Life 20 Years After the Bosnian War 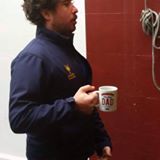 Inside the Sound Lab That Uses VR to Build Immersive Spaces

French filmmaker Adrien Selbert was 7 when the Bosnian War started in 1992, and he s never forgotten the horrible images he saw each night on TV.

His fascination with the war and its impact on the country intensified over time, leading him to join a friend in making the 1,100-mile drive from Paris to Srebrenica in 2005.

It was just 10 years after the war, but in a city like Srebrenica, it looked like the conflict had ended only yesterday, he says.

The war killed 100,000 people between 1992 and 1995 and displaced 2.2 million more, making it Europe s most devastating conflict since World War II.

Selbert explores these themes in Nino s Place, a documentary film he made in 2008, and Srebrenica, Night to Night, a photo series about Bosnian youth in 2014.