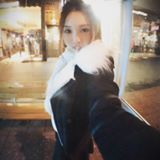 Google announced that Chromebooks would be able to download apps from the Play Store, bringing the low-cost laptops into the Android ecosystem.

Chromebook users will now be able to download Android apps such as Skype or Office, meaning that developers and companies can now easily build apps that are usable across smartphones, tablets and laptops.

The devices are particularly popular in schools.

Since most of the storage on Chromebooks is hosted in the cloud, a concern around hosting Android apps would be the limited memory of the devices.

The move by Google to combine the Chrome OS and Android ecosystems reflects a broader shift towards multi-platform apps and ways of working.

This is the first OS to render for all devices from the same kernel, meaning that the same applications can run across all the different major platforms, including desktop, tablet, mobile and emerging technologies such as augmented reality.

Ryan Pak
Related Articles
WHO TO FOLLOW
MORE FROM AUTHOR