What the money folks are saying about startup funding right now 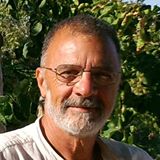 They re not known to most founders but sophisticated in their broader knowledge of the private and public markets and how funds are moving.Their most recent post, titled The Elephant In The Room: Hedge Funds and Mutual Funds, can be read in its entirety here.I wanted to draw out a few passages that caught my eye and draw a few conclusions from it.

Before you consider this another saber-rattling post, please do see the points below and feel free to disagree and draw your own conclusions:1/ Hedge fund and mutual fund involvement in the late-stage private sector has likely increased the number of unicorns.

For years, it s been written VC money is fueling this price inflation.

Additionally, IV cites reports for HFs in particular that redemptions are up and could increase, sucking money out of the system further.3/ The dislocation in private price vs public market prices could mean some companies simply collapse as a result of their own weight.

Depending on how widespread this view is, it could mean that the long awaited rebound in demand for small cap technology shares and IPOs is not yet at hand, further diminishing prospects for private-sector firms seeking a public exit.

As valuations got so high over the past few years, VCs and founders priced their companies beyond what the acquisition market would consider for their companies, thus shutting off one of two exits paths — the other path being IPO.

George Mitchell
Related Articles
WHO TO FOLLOW
MORE FROM AUTHOR