Different Parts of Loom and Their Functions 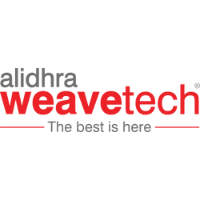 A loom is a mechanical tool used to weave fabric by inserting yarn for the warp and weft. The main mechanical weaving tool in weaving machine technology is the loom. However, a variety of looms are utilized for weaving tasks. Altering the machine setting also results in the production of various types of designed fabric.

A loom is a mechanical equipment that mechanically interweaves threads to create fabrics that can be used for industrial or dress-related purposes. Given that looms are used to manufacture cloth. Man first utilized a handloom to produce cloth in the early days of fabric manufacturing. With the advancement of the loom, the weaving mechanism altered over time. In keeping with modern times, the looms used to make fabrics have high production rates as well as complicated design production rates.

The shedding mechanism is included in this section. A heald shaft is made in the textile weaving industry utilizing aluminum or wood-based metals. The ends of the warp sheet pass through a number of heddle wires that it carries. The words "heald shafts" and "heald staves" are also used to describe the shafts. The total number of heald shafts varies depending on the weave's warp repetition. The weave's drafting strategy during weaving determines it.

It is composed of wood and consists of a reed cap, a metal sword carried at either end, and the sley race board or sley race. The sley mechanism oscillates. Sley is in charge of using the beat-up motion to drive the final weft pick to the fabric's fell. The sley moves more quickly while traveling near the edge of the cloth and less quickly when going away from it. "Eccentricity of the sley" is the phrase used to describe this uneven movement. In textile weaving, sley is required to complete the beat-up and to allow enough time for the shuttle to pass through the warp shed.

Shuttles are used in textile weaving as weft carriers to help interlace the weft and warp threads to create cloth. A wooden shuttle that travels from one end of the loom to the other is used. The shuttle moves between the top and bottom levels of the warp sheet as it travels along the wooden sley race. The shuttle enters a shuttle box that is installed at either end of the loom after passing through the warp shed. It should be mentioned that a shuttle typically weighs 0.45 kg.

A picker is a piece that can be made of leather or synthetic material. Picker can be positioned on one of the spindles or grooves in the shuttle box. The shuttle is driven by a picker as it moves between boxes. It withstands the force of the shuttle when it enters the box as well.

A reed cap secures the metallic comb known as a reed to the sley. Dents are the spaces between wires in a shuttle, which are used in the textile industry. The number of dents in two inches determines the reed's count. In textile weaving, there are various varieties of reed, including regular reed, expanding reed, gauze reed, and V reed.

Reed forces the final weft pick to be laid against the fallen cloth. Together with the healds, it determines the fabric's fineness. The shuttle is guided by a reed as it moves from one end of the loom to the other. It aids in keeping the warp threads in place.

It is critical to know and understand the loom one is using, in order to learn more and better about it from warp beam to reed, one can only know what issue the machine is having that is causing the problem and how to fix it. While it can be difficult to choose the right machine to ensure that the fabric is even better, they can always rely on Weavetech in the meantime. The fine technology combined with highly advanced tools ensures that the fabric is as fine and detailed as possible. Put your textile in the hands of Weavetech.