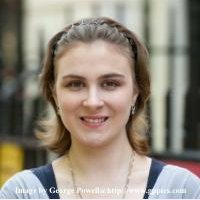 With the Imax-scaled Warcraft inbound, this lowish-budget Brit attempt to replicate gaming s immersive properties – stalking nerds around an, of course, mysterious corporation s wipe-clean HQ while they beta test a VR shoot em up – risks looking a bit Amstrad.

Yet it s been capably produced: writer-director Charles Barker may cleave to a dusty old slasher-pic template but he hustles everybody briskly between levels, sending his industrious design team ahead of him to redress a presumably limited number of sets.

If it s far from bleeding edge – within days, it ll look as dated as Tron and The Lawnmower Man do today – it s a modest upgrade on all those killer-website movies that popped up a decade ago, keeping us at least semi-interested as to who stands and falls.

It ll fill a slot, if your Xbox connection is down and you feel inspired to quit the sofa.

Mildred Billups
Related Articles
WHO TO FOLLOW
MORE FROM AUTHOR