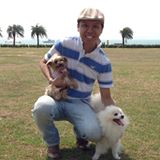 In a world where everything from your TV to your thermostat has become smart, why not give the little things an IQ — like your pill bottle?San Francisco startup Circadian Design on Wednesday begins taking pre-orders for its new connected pill bottles that remind users to take their medicine, and automatically order a refill when they run out.The bottles light up when it s time to take a pill, per a schedule the user sets with the Round Health mobile app.

They also track each time the lid is opened to take a dose.

By adding the smart pill bottle, Blum hopes to help users better follow their doctors instructions, and thereby improve their health.Blum was inspired to create the service while he was a hardware engineer at Apple struggling to remember to take the pills he needed to treat his Crohn s Disease.More than 160 million people in the U.S. prescribed to take one or more drug per year by their doctor, he said, but more than half don t follow their doctor s dosage instructions.Circadian Design is one of a growing numbers of companies venturing into the world of on-demand mobile health care.

Doctor on Demand, also based in San Francisco, lets patients video chat with doctors on their phones.Blum expects to begin shipping the Round Refill smart bottles throughout California early next year, at a cost of $10 per month, plus the typical co-pay for the medication.