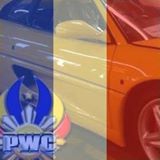 In March, Microsoft announced plans to bridge the gap between its Xbox One and PC platforms by establishing the Unified Windows Platform UWP — a program designed to help developers create games, apps and software that can work on Xbox consoles as well as multiple other Windows 10-based devices.

Developed by Finebits OÜ, Torrex Pro comes with the ability to stream video and audio playback.

According to MS Power User, its latest update will prep the software for its upcoming cross-platform compatibility and lay the foundation for "supporting background downloads of torrents on Windows 10 Mobile" that will be enabled with this summer's Anniversary Update.

"Microsoft allows developers to publish torrent clients on its Store since they are simply the apps to exchange data, which doesn't break any Store rules , so we are planning to release Torrex on all devices supported by UWP including Xbox One and Hololens."

So far, developers have not been too keen about the idea of UWP saying any rules or restrictions set by the platform could interfere with game or software development.