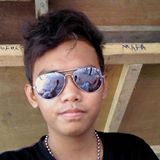 National audit shows that the Swedish authorities have long to "acceptable level" when it comes to information security.

Poor information may have consequences as when the Civil Aviation Administration radar stopped air traffic at several airports recently, or in April, when no one could leave out prescription medication.

A new audit by the National Audit Office shows that the government has far to an acceptable level, writes the Swedish National Audit Margareta Åberg Per Dackenberg and Marcus Pettersson at Dagens Nyheter.

A stronger governance from the government, with clear demands on what should be achieved, when it will be completed, and then a follow-up needed for the situation to improve, according to the National Audit Office.

Asks the Government among other things also to consider setting up a central function to support the work of the authorities, and to let the Swedish Civil Contingencies Agency to develop a model to improve information security.