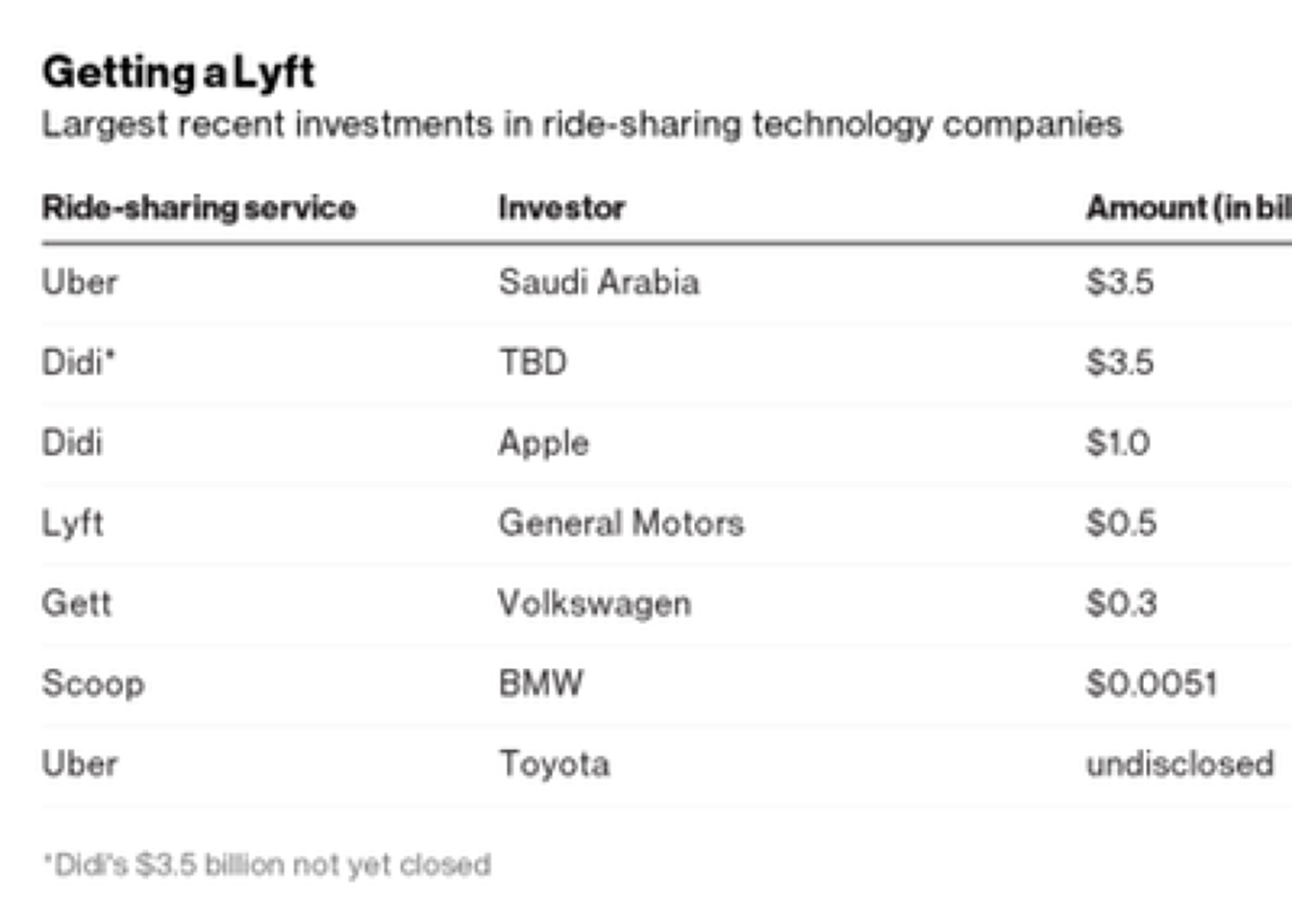 Ride-sharing apps have been attracting big money since the start of the year, with Saudia Arabia s $3.5 billion investment Thursday into Uber Technologies Inc. only the most recent example of the industry's $9 billion's haul.Some are passive investments in the future of transportation.

The investment is seen as a chance for Saudi Arabia to further diversify its portfolio into overseas companies and the fast-growing tech industry.Didi – June 1.

Jean Liu, the president of Uber s biggest global competitor, Chinese ride-hailing company Didi, says her company is working on closing a funding round of more than $3.5 billion.Didi –  May 13.

Some suspect what Apple really wants is data from all those millions of daily rides to help train a self-driving car that the company has under wraps.Lyft – Jan. 4.

Volkswagen invests $300 million into a strategic partnership with Israeli-based taxi hailing service Gett, which has differentiated itself by allowing users to order up on-demand rides from London s traditional black cabs -- right after bidding to buy one of the biggest of those traditional businesses, Radio Taxis.Scoop – May 25.

BMW s venture capital arm, BMW I, makes an undisclosed investment as part of a $5.1 million fundraising round for the California-based carpooling app that matches employees of companies such as Cisco Systems and Microsoft Corp. for commuting in the San Francisco Bay area.