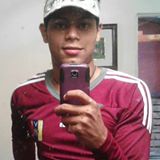 Testing has exceeded 10 Gbps speeds - this will "pave the way toward future international 5G standards and allow us to deliver these fast 5G speeds and network performance across the U.S.," so says AT The company has begun speaking about latency trials as well - imperative for the next generation of connected devices, and vehicles.

AT will be testing 5G speeds - that's one better than 4G, mind you - in both Austin, Texas, and Middletown New Jersey, Atlanta, and San Ramon.

If you live in one of these cities, you might see some local "we are testing 5G here, it's gonna be fast" signs - something like that.

They'll be able to "pivot to compliant commercial deployments once standards are set by 3GPP."

Of course that won't be for a while by the average citizen's standards - fast forward to 2018.

You'll also want to remember this terrifying video spot from back in time - have a peek at related Verizon 5G trials as reported on SlashGear this past September.