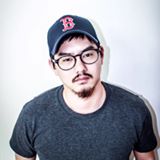 A pair of satellites is going up this morning on one of SpaceX s Falcon 9s.

Will the rocket pull off a double-satellite launch and ocean landing as neatly as it pulled off its singles?

Let s watch and find out!

That means the rocket is coming back to the Of Course I Still Love You drone ship hot, fast, and with not a lot of extra fuel to spare.

Elon Musk has suggested instead that we could finally see a Falcon 9 re-launch sometime in September or October, but no firm date is set as of yet.

Watch along with us right here at 10:29 am EDT, when the Falcon 9 and its two satellites blast off.