Intel continues to fight European Commission’s $1.2B fine from 2009 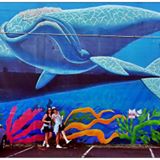 In recent years, the European Commission has been coming down hard on U.S. tech giants with antitrust fines, but Intel is continuing its fight over a 2009 ruling made against it.

In the original ruling, the commission, which is the executive arm of the EU, ruled that Intel had abused its position as a dominant chipmaker by offering rebates to PC makers and retailers from 2002 to 2005 that would lower retail prices.

Intel counsel Daniel Beard claimed this week in the European Union s Court of Justice that the ruling did not consider all relevant circumstances of Intel s rebate program.

As a result, he said, it did not thoroughly investigate whether Intel rivals were truly put at an unfair disadvantage.

These kinds of strategies can lead to the marginalization or even the elimination of its only competitor, said Nicholas Khan, a lawyer for the European Commission.

By undermining its competitors ability to compete on the merits of their products, Intel s actions undermined competition and innovation, stated the ruling handed down in 2009.