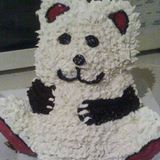 The commission strongly advises against taking photographs inside a polling station, whether it is of yourself, of your ballot paper, or anything else.

Ahead of the 2014 European elections, police warned that those found sharing a photo of a ballot paper could be prosecuted under the 1983 Act, which allows for a prison term of up to six months or a fine of up to £5,000.

Although the 1983 Act says publishing any statement relating to the way in which voters have voted is forbidden, the commission says self-publishing how one voted or intends to vote is permitted.

According to the commission, A voter may volunteer information about how they voted, provided no undue influence is exerted on them to do so.

Where social media users or publishers could run into trouble is breaking rules on exit polls by collating several tweets in a way that might be construed as representative.