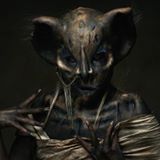 Amidst the Brexit bedlam comes a glimmer of hope for us all: the official British eSports Association launches today.

After receiving authority from the government, the British eSports Association has today been established, launching at its new home at Pinewood Studios.

The organisation will act as the National Governing Body for eSports in the UK, and will work in conjunction with the Department for Culture, Media and Sport.

The organisation hopes to help and represent players at all levels, build a grassroots competitive gaming scene to nurture talent, support professional gamers, and provide infrastructure to create future British global champions , including the creation of a dedicated National Training Centre for eSports.

The establishment of the British eSports Association is an important initiative in furthering the credibility of the eSports industry in the UK.