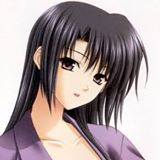 Qualcomm's Snapdragon 820 has already proven itself to be one of the fastest ARM-based SoCs on the market, but the company doesn't want it to fall behind in the second half of the year.

What we know so far is that Qualcomm has increased the clock speed of the two 'big' Kryo CPU cores from 2.15 GHz to 2.4 GHz, which is a 12 percent increase.

Qualcomm hasn't officially stated whether there will be clock speed increases to the two 'little' Kryo cores or the Adreno 530 GPU, but speculation suggests these will be at least 2.0 GHz up from 1.6 GHz and 650 MHz up from 624 MHz respectively.

There won't be any wholesale changes to the Snapdragon 820 in the 821, so the basic four core design will be preserved.

The X12 LTE modem will also remain unchanged, which will still provide Category 12/13 LTE along with Wi-Fi 802.11ac and Bluetooth 4.1.