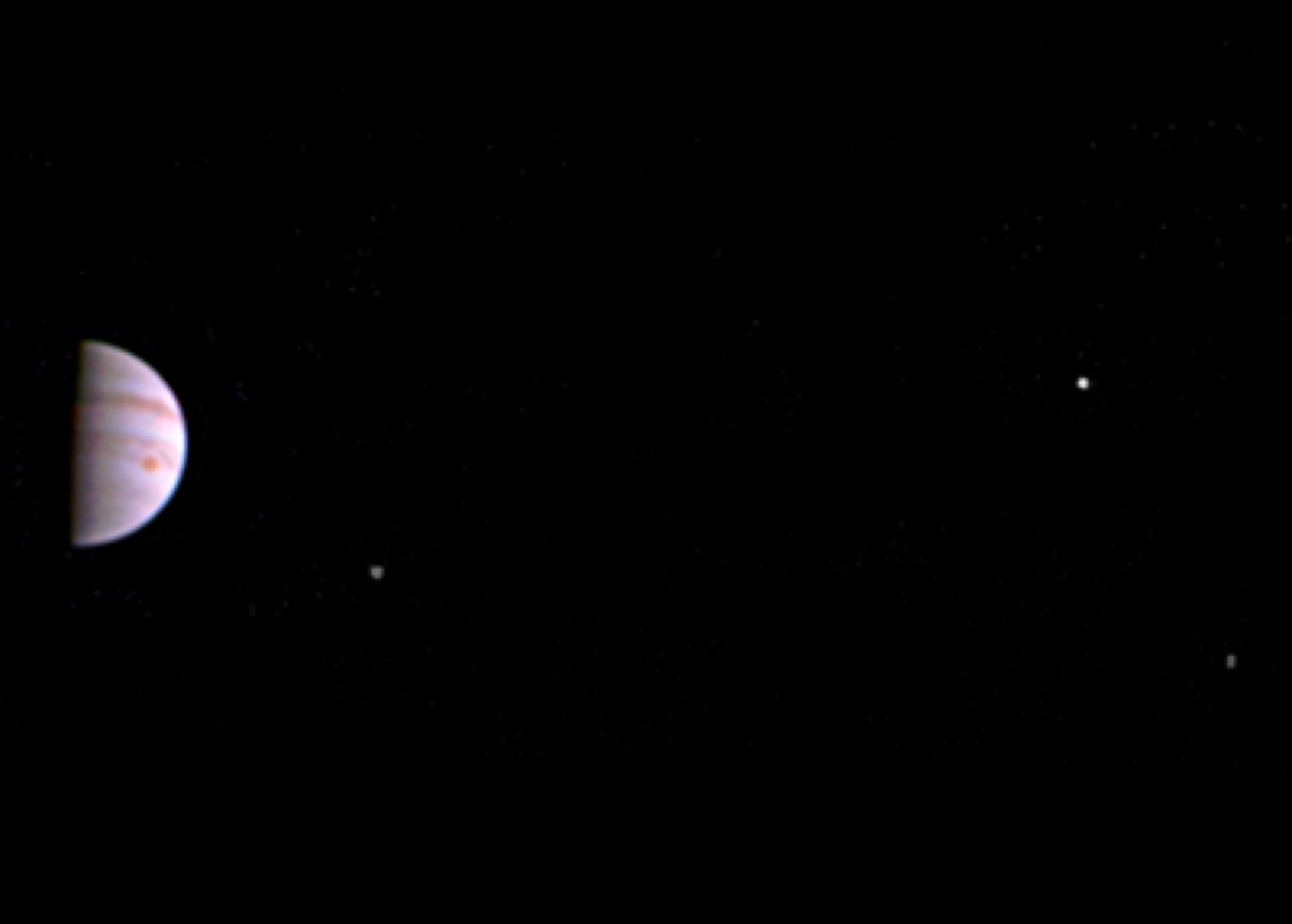 That means, despite its dangerous entry into the gas giant s powerful magnetosphere, the craft s JunoCam is still operational.

This scene from JunoCam indicates it survived its first pass through Jupiter s extreme radiation environment without any degradation and is ready to take on Jupiter, said Scott Bolton, principal investigator from the Southwest Research Institute in San Antonio, in a statement.

We can t wait to see the first view of Jupiter s poles.

Juno rendezvoused with Jupiter on July 4, firing its main engine into the Jovian orbit while many of us were shooting off fireworks.

Six days later, the spacecraft s visible-light camera was powered on and snapped this photo while 2.7 million miles away from Jupiter.