The internet is absolutely killing it with #FamousMelaniaTrumpQuotes 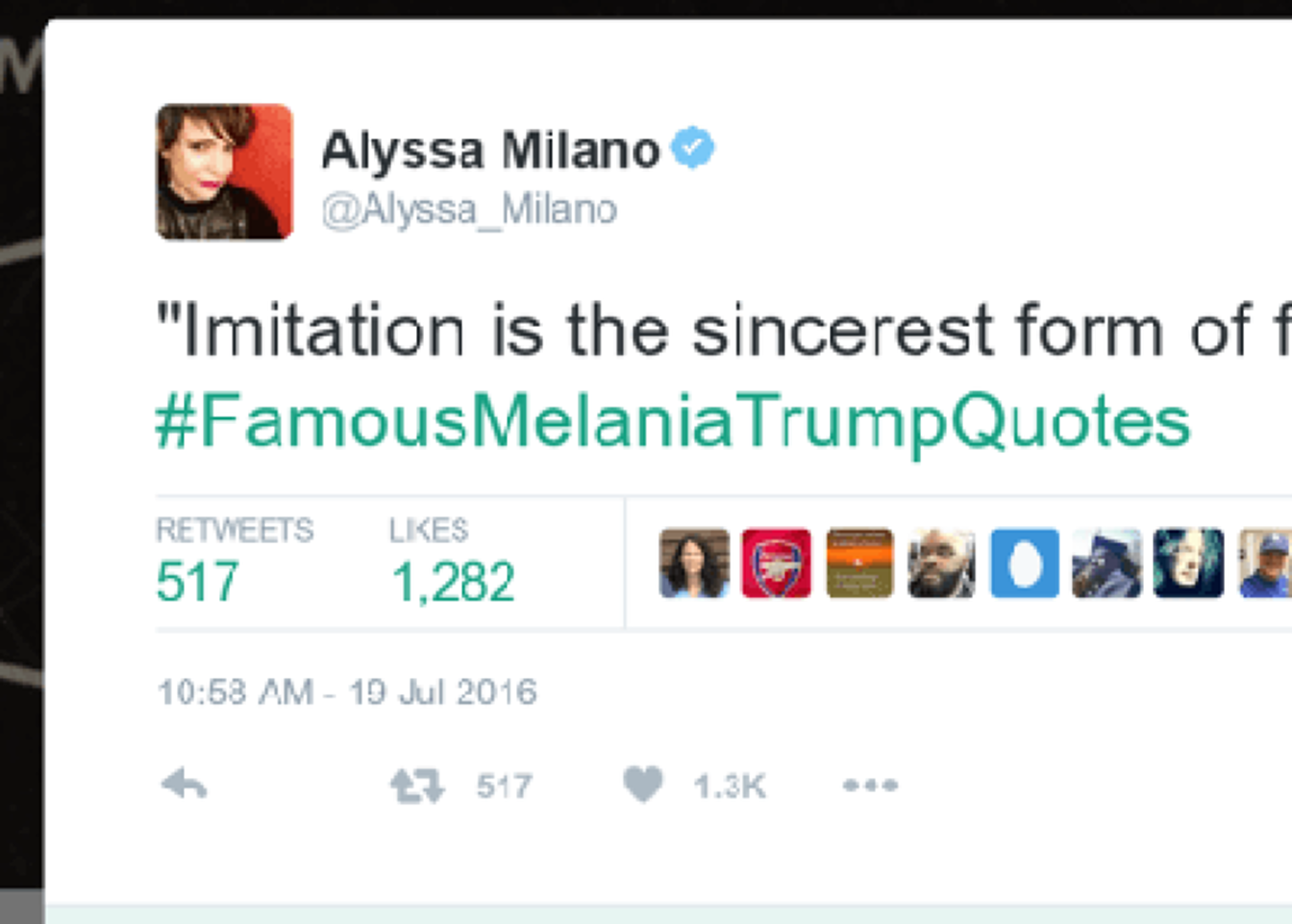 In any political scandal, you can always rely on Twitter to come through with a little bit of analysis, and a lot of well-aimed snark.

Today s reaction to Melania Trump s plagiarism is no different, as Twitter users have been sharing some of Ms Trump s most famous quotations that aren t actually hers .

We ve braved the depths of Twitter to bring you some of the best.

It s probably not the hashtag the Republicans were hoping to wake up to, but it s undeniably funny.

Donald Trump once claimed that he could commit murder in the streets and his fans would still support him, but does that go for his wife too?