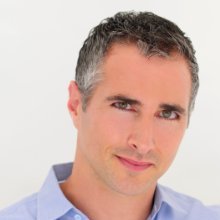 The prospect of a new, big scale scifi movie from The Fifth Element director Luc Besson is exciting enough.

Valerian doesn t open until July 21, 2017 ,but Besson was on hand with stars Dane DeHaan and Cara Delevingne to show a few quick scenes from the film, and explain the world the director has dreamed of making a reality for decades.

Mezieres begged Besson to adapt Valerian, but the director didn t think it was possible.

With a cast made up of 10 percent humans and 90 percent aliens, and set on a super futuristic world called Alpha, technology wasn t ready for Valerian in 1999.

Besson felt technology was ready around 2008... but then he saw James Cameron s Avatar, and realized he wasn t ready anymore.

The result is the film he finished shooting five weeks ago, but still has 10 months of post-production on.