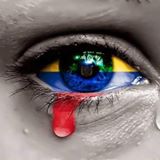 Players of Pokémon Go can end up walking for hours before finding the monster they were looking for.

To help them target their hunt, developers have created a map that shows the location of Pokémon across the world in real time.

The map is called Pokévision and it uses publicly available data from Niantic Labs, the company that created the game along with Nintendo and the separate Pokémon company, to display where the creatures are at a given moment and how much longer they'll be there.

Some of the most famous Pokémon, from L-R: Bulbasaur, Pikachu, Charmander and Squirtle